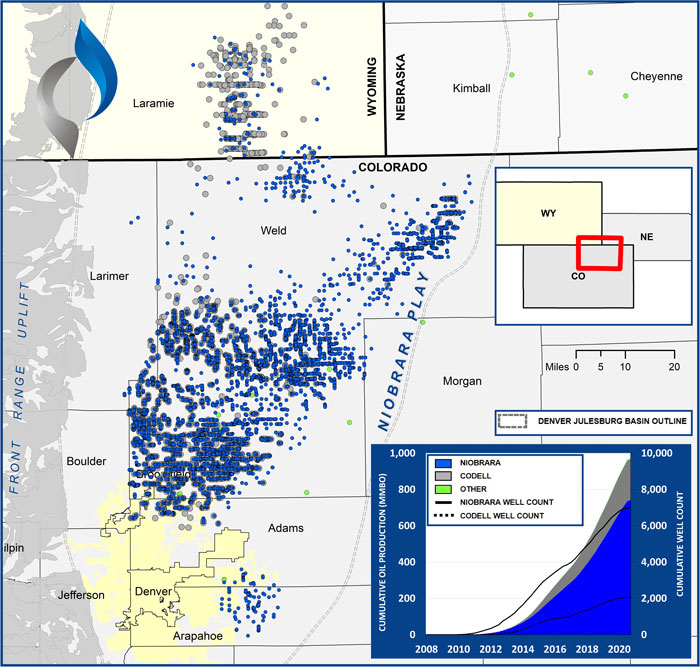 The graphic above presents all Denver Basin horizontals completed since 2008.

The Denver Basin, a.k.a. Denver-Julesburg Basin or DJ Basin, encompasses more than 70,000 square miles primarily in Colorado and Wyoming. Horizontal development is concentrated in the Niobrara and Codell formations.

Often compared to the Bakken formation of Williston Basin, the Niobrara is the leading source of oil production among the Rocky Mountain plays. This 300’ target interval consists of interbedded chalk and marl layers, and is often delineated into the Niobrara A, B, and C.

Located directly beneath the Niobrara, the Codell is a tight sandstone primarily sourced by the Niobrara and Greenhorn formations.

VSO sourced landing bench and production data from IHS to prepare these maps.

VSO has completed extensive analysis of well performance and productivity throughout the Denver Basin. Additional reservoir and geologic capabilities include:

Assessment of Development Potential and Risks

Evaluation of Well Performance and Interference