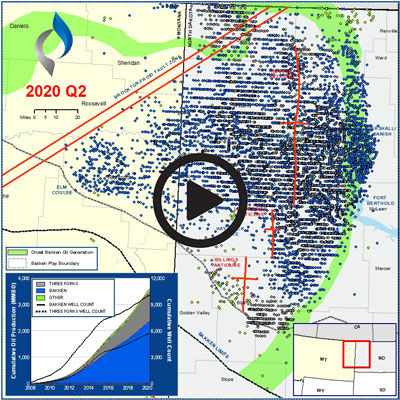 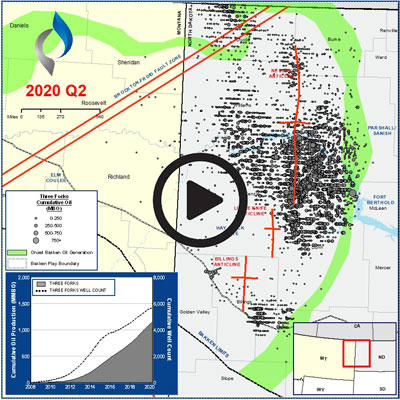 The Williston Basin is the focus of several Mississippian-Devonian unconventional plays primarily focused in North Dakota. There has been also been extensional development in Montana, South Dakota, and south-central Canada. Unconventional reservoirs in the Basin are predominately oil-bearing. Horizontal development in the Basin is concentrated within the following reservoirs:

Bakken – The organic-rich shales of the Lower and Upper Bakken are believed to source the low porosity-low permeability Middle Bakken, Three Forks, and Lower Lodgepole reservoirs, all of which compose the Bakken Petroleum System (BPS).

Three Forks – The Three Forks can be delineated into upper, middle, and lower units. Located directly beneath the Bakken formation, the upper 50’ of the Three forks is included in the BPS, and is the target zone of horizontal development.

Other Horizontal Targets – Since 2008, Williston Basin Horizontals completed outside of the BPS have been very limited.  However, these “other” horizontal tests have commonly targeted the Red River (Ordovician) and Spearfish (Triassic) formations.