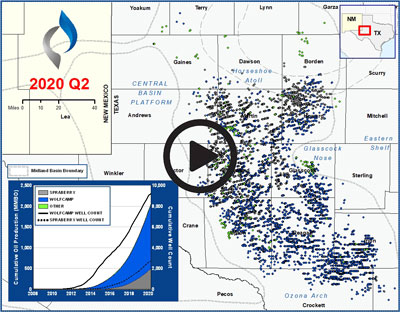 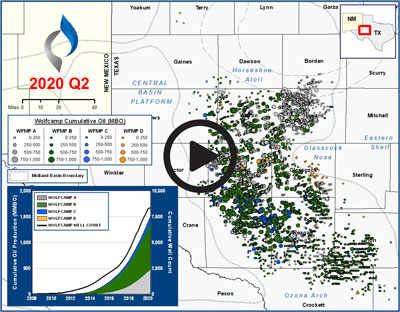 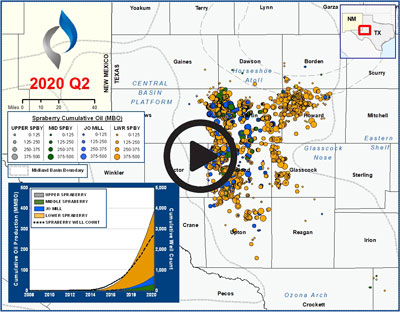 Wolfcamp – The Wolfcamp is typically divided further into Wolfcamp A, B, C, and D benches.  Additionally, due to its significant thickness in certain parts of the Basin, the Wolfcamp B is commonly sub-divided into the ‘Wolfcamp B Upper’ and ‘Wolfcamp B Lower.’  The Wolfcamp A and B intervals collectively comprise the ‘Upper Wolfcamp,’ and have been the most heavily targeted intervals by horizontal wellbores in the Basin.

Other Horizontal Targets – Since 2008, Midland Basin Horizontals completed outside of the Wolfcamp or Spraberry have been relatively limited.  However, there have been “other” horizontal tests both above the Spraberry (e.g., San Andres) and below the Wolfcamp (e.g., Devonian).